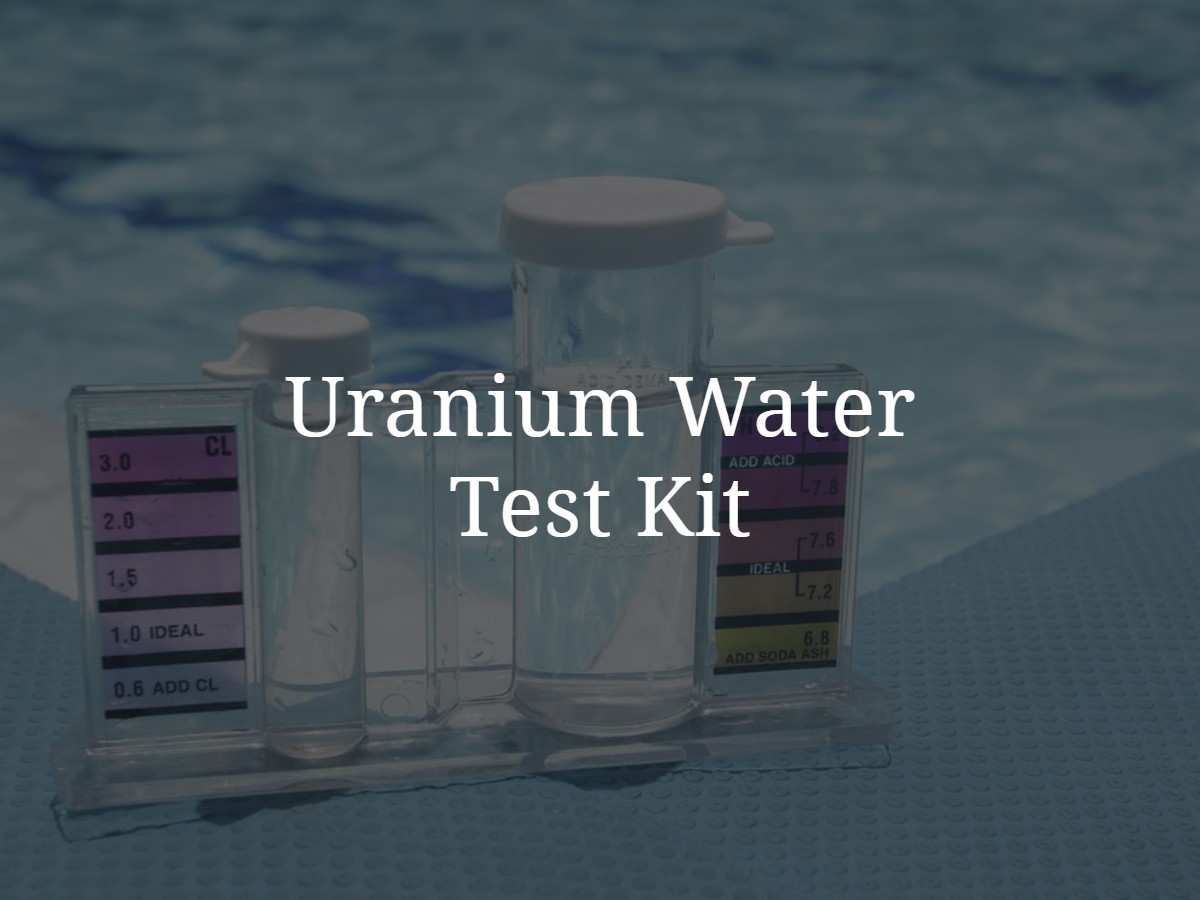 A uranium water test kit is a type of water testing kit that is used to test for the presence of uranium in water. Uranium is a naturally occurring radioactive element that can be found in some water sources, and it can be harmful to human health if ingested in large quantities.

Uranium water test kits typically include instructions for collecting a water sample and handling it to prevent contamination. The sample is then analyzed using specialized equipment to determine the presence and concentration of uranium in the water.

Uranium water test kits may be used to test the water quality of a variety of sources, including drinking water from wells and public water systems, as well as water used for recreational purposes, such as swimming pools or lakes.

Overall, a uranium water test kit is an important tool for ensuring the safety of the water we drink and use. By testing for the presence of uranium, we can identify any potential risks and take steps to address them.

How to use a Uranium Water Test Kit

To use a uranium water test kit, follow these steps:

Overall, to use a uranium water test kit, you will need to collect a water sample, transport it to a testing facility, and have the sample tested to determine the presence and concentration of uranium in the water. By following these steps, you can help to ensure that your water is safe and free from harmful contaminants.

What Are The Effects Of Drinking Uranium?

Drinking water contaminated with uranium can have a number of negative effects on human health. Ingesting large amounts of uranium can damage the kidneys and increase the risk of kidney disease. Uranium can also accumulate in the body over time, increasing the risk of cancer and other diseases.

Exposure to high levels of uranium can also cause other health problems, such as anemia, bone defects, and reproductive problems. Children and fetuses are particularly vulnerable to the effects of uranium, as their bodies are still developing.

Overall, it is important to ensure that the water you drink is free from uranium and other contaminants that could pose a risk to your health. If you are concerned about the quality of your water, it is recommended that you test it regularly and take steps to address any issues that may be present.

It is difficult to determine who specifically invented the first uranium water test kit, as the development of these kits likely evolved over time. However, the first use of uranium as a tracer element for water quality testing is credited to the German chemist Martin Heinrich Klaproth, who isolated uranium from pitchblende in 1789.

Since then, various methods for testing for the presence of uranium in water have been developed, including chemical tests, spectrophotometric tests, and radioactive assays. These methods have been incorporated into various types of test kits, including those that can be used by individuals to test their own water, as well as more specialized kits used by laboratories and other testing facilities.

Overall, the development of uranium water test kits has been a collaborative effort involving many different individuals and organizations over the course of several centuries.

How to Filter Uranium From Well Water? There are several methods that can be used to remove uranium from well water, including:

Overall, there are several methods that can be used to remove uranium from well water, including reverse osmosis, ion exchange, activated alumina, and lime softening. The most appropriate method will depend on the specific characteristics of the water and the level of contamination.

How to Filter Uranium From Well Water

Overall, there are several options for filters that can be effective for removing uranium from well water, including reverse osmosis, ion exchange, activated alumina, and lime softening. The most appropriate filter will depend on the specific characteristics of the water and the level of contamination. It is recommended to consult with a water treatment professional to determine the best filter for your specific needs.

How to Choose the Best Uranium Water Testing Kits

There are several options for uranium water testing kits that can be effective for testing the quality of your water. Some factors to consider when choosing a testing kit include:

Some reputable brands of uranium water testing kits include Hach, LaMotte, and Test Assured. It is recommended to read reviews and do research to find a testing kit that meets your specific needs.